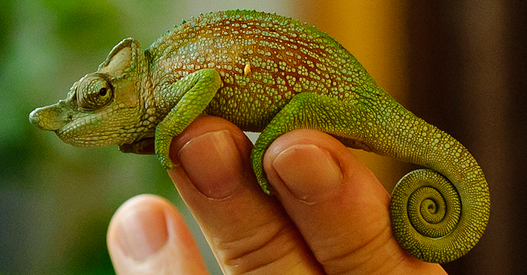 One major difficulty for me, in writing my book, was trying to inhabit perspectives that, due to an unfortunate spate of research reading, I don’t really sympathize with.  But I had to learn to do it — and do it with the understanding that almost everyone, within the context of their view of the world, is trying to do good.  Because otherwise I’d have a bunch of unlikeable characters on my hands… and that makes for (in my opinion) miserable reading.

Obviously, there are some exceptions.  Donald Antrim’s Elect Mr. Robinson for a Better World is a blast despite the protagonist being a monster.  But he’s a pleasant enough monster most of the way… and by the time he’s not, you’re done. 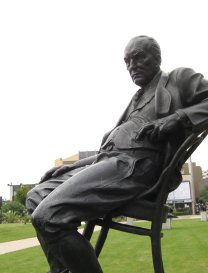 I assume this is why I failed to finish reading Nabokov’s Despair despite loving Lolita.  I read the first third while sitting on a rock beside Lake Michigan, but that was all.  In Nabokov’s own words,

“Hermann [the protagonist of Despair] and Humbert are alike only in the sense that two dragons painted by the same artist at different periods of his life resemble each other.  Both are neurotic scoundrels, yet there is a green lane in Paradise where Humbert is permitted to wander at dusk once a year; but Hell shall never parole Hermann.”

I needed Humbert’s dash of grace, as a reader, in order to comfortably inhabit his perspective long enough to finish the book.

(In Despair’s defense, part of why I didn’t finish it may be that I picked it up during the semester of college when I’d accidentally enrolled in too many courses.  Scheduled time in laboratories and lecture halls added up to sixty-two hours per week.  If I was showing up for it all.  I wasn’t.  I couldn’t!  Some things fell through the cracks.  Like pleasure reading, fairly early on.  Like congeniality and general humanity, by the end.)

But, honestly, my recent favorite passage about perspective comes from a book on animal cognition.  It makes a striking point about how wrong we can be when we try to guess what someone else is thinking… especially if that person is a snake.  But I think the general point remains true when comparing human to human, even if our ways of seeing are superficially very similar (If you’re colorblind and don’t mind the idea of injecting recombinant virus into your own eyeball, you should check out the “Retinal gene therapy” section from that link).  Without further ado, here’s Jesus Rivas and Gordon Burghardt, from their article “Crotalomorphism: A Metaphor for Understanding Anthropomorphism by Omission.”

Consider another story, but one involving the study of other species, species in which, unlike our tendencies with primates and domestic animals, anthropomorphism is not usually considered a serious threat to the work of trained scientists.

A researcher is studying the behavior of a very colorful lizard.  When this lizard sees a person, it rapidly changes its color to match its background, just as octopuses are well known to do.  The researcher concludes that the change in color is a cryptic response to avoid predation.  Just at this time, however, a large female timber rattlesnake (Crotalus horridus) that is quietly observing the researcher from some nearby brush is suddenly spotted by the researcher, who is both startled and scared.  Rattlesnakes, being pit vipers, can detect patterns of infrared radiation from mammals through the loreal pits situated between the eyes and nostrils.  Therefore, when the snake perceives the researcher, she detects it as a very warm animal moving in a much cooler background (not unlike the way the human sees the colorful lizard).  When the startled researcher saw the rattlesnake, adrenaline kicked in and the flow of blood to the arms and legs was reduced, along with all other peripheral circulation; this is a normal response to stress.  The researcher turned cooler and was therefore less visible to the infrared-detecting “eyes” of the snake.  Our clever rattlesnake concludes that the person is trying to escape by matching the cooler background.  The drop in peripheral temperature is a cryptic response to predators with heat-sensing organs. 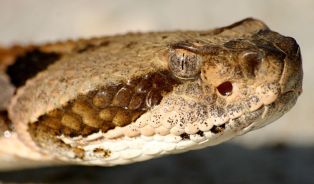 This is an example of crotalomorphism by omission; for although there is evidence that predator stress can lower body temperature, the snake’s conclusion would probably be dismissed as erroneous by most human scientists.  However, is the snake’s conclusion different in any essential way from the conclusion of the human researcher studying lizards?

The message seems easily generalizable.  Just because something has important informational content the way we view the world doesn’t mean anyone else will see it that way.  And there are lots of concepts this can be applied to… I almost want to connect this “just because something’s there doesn’t mean it was intentional” message to array analysis of the Torah, since that also would be a good tie-in to the general flaws of significance testing.

But I think it might be more fun to extend the idea to Elisabeth Lloyd’s Case of the Female Orgasm.  An excellent book — I think hers is the best general-audience description of natural selection and evolution I’ve read, and you get that right in the first chapter.  The rest of the book analyzes different theories from evolutionary biology about why human females have orgasms (in effect, she concludes that they can occur for most females because they’re so strongly selected for in males; there’s no selective pressure against having them in females, so they occur primarily because both genders develop via similar pathways.  But she concludes that female orgasms were not actively selected for… similar to male nipples, that way.  Not that the absence of biological necessity in any way means something isn’t important or good), pointing out why so many of the theories have been wrong.  One of my favorite passages is where she really sticks it to the (often male) evolutionary biologists who came before her for assuming that female orgasms could only have utility if they occurred during sex with men:

Heterosexist bias may be particularly important in considering female orgasm.  Both the macaques and the bonobo females have a fair amount of homosexual sex (around half of all female bonobo sexual encounters involve sex with other females).  In the bonobos, this is considered to be a form of friendship or coalition building, which can have a profound effect on male behavior (Wrangham and Peterson 1996, pp. 208-210, 227).  Thus there may be a fitness advantage in having homosexual sex, and if so, that would make the heterosexist bias a particularly pernicious bias.

Just some things to think about.  Empathy is hard: we’ll never know exactly how the world looks through anyone else’s eyes.  But these passages definitely helped me in thinking about my own biases.  Plus, weren’t they fun?