Normally I try to make these essays positive.  I read a lot of books — because I’m writing, knowing things is part of my job, which means I have to read a lot of nonfiction, and appreciating beautiful language is part of my job, so I have to read a lot of fiction — but many people don’t have that luxury.  Obviously I’m very lucky that K and N and I have currently arranged our lives such that I get to do this.  But, given that other people might not get to read as much as I do, why should I announce that something I read was bad?  I’d rather spend most of my time highlighting things that I think other writers have done well, beautiful passages or facts that I feel ought to be more widely known. 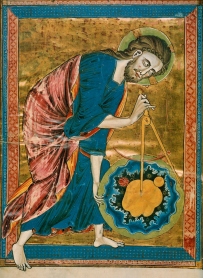 That said, though, there are obviously times when I read things and feel irritated.  And I don’t have the same compunction against arguing with articles from newspapers and magazines; they don’t represent quite as much sunk time on the part of the authors.  And if you, dear reader, happen to feel like looking at the original piece to have a better idea what I’m writing about, it won’t involve a huge time outlay on your part.

I felt somewhat surprised to see an article titled “Why Our Children Don’t Think There Are Moral Facts” at the top of the New York Times website.  McBrayer was upset because children in public schools are being taught that facts are things that are true and can be tested, whereas opinions are what someone thinks, feels, or believes.  Which seems fine to me.  McBrayer posited that a number of things that are facts cannot be proven, however: the example he gave was the statement “There is life elsewhere in the universe.”  He thinks this can’t be proven, but that seems odd.  There is a simple experiment that makes that statement known to be true or false: set up probes throughout the universe, if there is life near any of them, the statement is true, if there is not, the statement is not true.  And he gives the example of “The world is flat” as a once-proven fact.  Indeed, that statement is easily testable and so lies in the realm of factual claims, and even when it was commonly believed people knew there was a test for it: find the edge of the world.  If you go straight west and fall off, the world is flat.  If you go straight west and end up at your house, the world is round.  Just because people anticipated the former outcome doesn’t mean it wasn’t a fact-based claim.

McBrayer’s main point of contention, though, was that school curricula label all value-based claims as opinion.  As in, outside the realm of being true or false.

(One strange thing about writing this essay is that somehow I wound up on the side of defending standard school curricula.  Which is odd because I hated school.  And still do dislike it; I denounce standard educational practices several times a week, usually.  Which sounds absurd, maybe, like, why are you still talking about that?, except that K is a high school teacher.  So it comes up a lot. 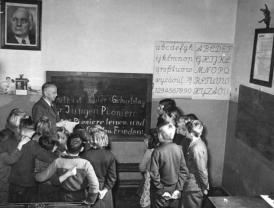 And, look.  Obviously the school curricula are terrible.  In McBrayer’s article there is a list of statements from a fact vs. opinion worksheet that includes things like “Copying homework assignments is wrong.”  “All men are created equal.”  “It is worth sacrificing some personal liberties to protect our country from terrorism.”  “Vegetarians are healthier than people who eat meat.”  “Drug dealers belong in prison.”  And the worksheet grading rubric apparently lists all of those as opinions because each is a value claim and value claims are not facts.

Which isn’t true, not for standard English definitions of those words.  Specifically, “All men are created equal.”  That’s a statement of fact, and it isn’t true.  We’re created with unequal genetic heritage, unequal environments, unequal parentage, unequal geographical distribution.  Or “Vegetarians are healthier than people who eat meat.”  That’s obviously not a value claim: decide upon whatever biomarkers you want as a readout for “healthier” and it’s simple to test.  Longevity, blood iron levels, max bench press, cholesterol ratios: doesn’t matter what metrics you chose to represent the word healthier, because any of them, or any matrix combining them with whatever weightings you choose, will provide a discrete answer.

So I’d be happy to agree with McBrayer if he were upset that these worksheet compilers were foolish, as in failed to apply their own definitions.)

To quote his article, “For example, at the outset of the school year, my son brought home a list of student rights and responsibilities.  Had he already read the lesson on fact vs. opinion, he might have noted that the supposed rights of other students were based on no more than opinions.  According to the school’s curriculum, it certainly wasn’t true that his classmates deserved to be treated a particular way — that would make it a fact.”  But the school’s position isn’t inconsistent here: student rights and responsibilities are based on unverifiable opinion.  But those running a school can exclude someone who doesn’t act in accordance with their beliefs.

And, look, I’m no moral relativist: I have strong beliefs and in my vituperative private life routinely condemn things I disagree with as immoral.  But it does a severe disservice to the concept of truth to claim that it holds sway in the realm of values.  For instance, at the end of his article McBrayer writes “Value claims are like any other claims: either true or false, evidenced or not.  The hard work lies not in recognizing that at least some moral claims are true but in carefully thinking through our evidence for which of the many competing moral claims is correct.”

But this is not correct.  Value claims are different.  One of the easiest ways to see this is to consider the idea of human rights, that it’s wrong to deny people life.  That’s a fairly simple claim, right?  And the underpinning of many features of our society.  But it’s not justifiable in the realm of true statements, because it’s actually quite easy to build up a chain of logic that shows it to be false under many circumstances.

For instance, here are some facts: humans are heterotrophs.  We cannot convert sunlight into energy, so if we don’t eat things, we die.  If you’re traveling with a group and have a limited amount of food, and then your journey takes longer than you’d anticipated, some or all of the people who began the trip will have to die.

So maybe you could start qualifying things.  The “people have a right to be alive,” claim, which implies (because we are heterotrophs) “people have a right to receive enough food,” could receive an addendum “as long as there is enough food for everyone.”  But that simple qualification introduces a whole host of new problems.  Consider Moses and his interpretation of dreams: he strongly believed that unless a specific amount of food was saved for the famine years, many people would die.  But what if the need to stock the larders would reduce the current available food below the amount needed to keep everyone alive?  Or what if people wanted enough to be not simply alive (which doesn’t require many calories, not for the average Homo sapiens), but healthy?

(I almost digressed into a second example — humans need space in order to live, but there is a finite amount of space on our planet and the space we take up can’t be used by others — but luckily I restrained myself.  Which in itself demonstrates a lot of the problem of treating value claims as potentially true / false; the basic rules of logic, when applied to value claims, lead rapidly to absurd statements.  And, look, I tried, I tried for years… I wanted my morality to be demonstrably true, so I tried building it logically from set theory, the idea that a universe with more options had greater than or equal utility to a universe with fewer, like how if you were chasing someone through a building, and that person had a keychain with four keys, and you came to a room with four locked doors, you’d have a greater than or equal chance of catching that person if your keychain also had four keys than if it had three.  The idea being that killing things removed options, because if a thing is alive it can always be made dead a minute later, but if something is dead you can’t bring it back to life.  Needless to say, I wasted a lot of time and energy and writing paper on this project when I could have simply intoned “I will try to be good” and left it at that.)

It seems fairly clear to me that value claims aren’t true or false, cannot be proven true or falsified… but so what?  The idea that this would be necessary sounds strikingly similar to the argument that atheists have no reason to be good.  Which is ridiculous.  Though I know there’s no justification for it, I have an image in my mind of the type of world that would be good.  I act in accordance with my desire to make the world we all share more closely resemble that world.  What’s that bumper sticker slogan, the one often attributed to Ghandi?  I think it’s a good sentiment, and one that doesn’t need anything to be true (not even the attribution) for you to act upon it.