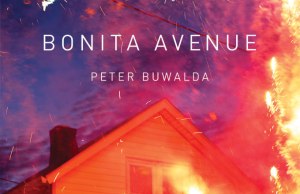 I’d really thought that I would be the target audience for Bonita Avenue.  But I was wrong.  Seems like there were a handful of reasons why I wasn’t a good fit for it.

Math: there’s a lot of space devoted to mathematics in the book, but in my reading the math seemed not to matter.  (If it is not clear to you already how much I love thinking about math, see my essays here and here.)

The only mathematical principal that seemed even thematically relevant was the rather mundane idea that nothing is so improbable that it can’t occur, particularly within the realm of coincidence.  But algebraic topology, the protagonist’s specialty, does not seem to matter aside from the surface-level descriptions.

To me, it seemed important that the protagonist be an academic, but I didn’t get the sense that the book would be different if he’d been involved with any other field.  That’s a contrast for me with something like Paolo Giordano‘s The Solitude of Prime Numbers, which features about as much mathematics as Bonita Avenue but in a way that’s integral to the story.  Even the beautiful title clues you in to the fact that Giordano really knows his stuff: I have a hard time imagining that anyone who hadn’t loved and studied numbers could come up with such a pithy, poignant, and compelling way of expressing what could easily be seen as an abstruse concept from real analysis.  Throughout the work, the academic identity of the characters is highly relevant to the story, which in my opinion justifies the space devoted to their description.

And it’s sad, especially because topology is a fascinating field and seems ripe for use in a literary setting.

I’m not a mathematician so I can’t really do it justice, but there’s a beautiful story that one of my math professors told me about the struggle to address the following problem: if you have a flexible sphere made of material that can pass through itself but will irreparably rupture if it ever kinks into a hard crease, can you turn it inside out?  A blind man eventually solved it — perhaps his lack of visual input from the outside world aided him in picturing the scenario inside his mind — by rippling the sphere with many dimpled ridges and twisting them before puling the sphere’s poles through.

And, to me, manipulations more along that vein, where disparate surfaces are more likely to be apposed than when working with knots on a string, might’ve been a more elegant metaphor for what Buwalda was doing with narrative time in his work.  To me, it’d be exciting to see what a writer with Giordano’s training could do with some of those ideas.

Warmth: Bonita Avenue reminds me of Roberto Bolaño’s work.  Definitely in terms of themes, like the madness, violence, pornography, but also stylisticly: Bolaño makes expert use of loops in narrative time wherein a reader is slowly given information that alters the interpretation of passages that came before.  But an important aspect of Bolaño’s writing, I feel, is its pervasive humor and warmth.  Whenever I read Bolaño, I get the sense of incredible vitality (odd, in a way, because he seems to have been an oft-sickly man in real life) and his deep love of life in all its messiness.  And, good Lord, I need that; I can’t think of too many other writers sufficiently vibrant and loving that they’d be able to compose hundreds of passages in police-blotter-esque prose about acts of horrific violence against women in a way that I would be able to stomach reading it.  For instance, consider this piece of poetry from his collection The Unknown University (English translation by Laura Healy).  As ever, the theme is bleak, but there’s real warmth here: in my view Bolaño approaches the reader as a friend, as he himself might want to be approached.

Than the arduous study

It will be with you all your life

And will even dole out

And a certain misfortune or two

On the other hand

The Grim Reaper in the face

Will only serve you a short while

Of truth and disgust

And then never again

I always get the sense that Bolaño loves the world, loves his readers, loves his characters — even the monsters.  But I didn’t perceive any of that affection in Bonita Avenue.  From the beginning, I found all the characters very off-putting; and, yes, that might’ve been intentional on Buwalda’s part, but it didn’t make a fun reading experience for me.

And perhaps not everyone would interpret characteristics like his character’s big dreams of working in the consulting business as negatively as I did — many of my friends temporarily took jobs in consulting after their doctorates, including one at the firm featured in Buwalda’s book, with the idea being that graduate school had already acclimated them to savorless living, so why not be miserable a few years longer in exchange for barrels of money?  And, who knows, if I hadn’t been writing maybe I would have done that too.  But it made it hard for me to empathize with that character’s travails, knowing that her big dream was a relatively unpleasant moneyraking job.  In fact, none of the characters seemed to be subjected to plights they didn’t deserve, which made the novel feel more moralizing than moral.

I had similar issues with Jonathan Franzen’s Freedom, honestly.  Because in Freedom I felt that prelapsarian Walter displayed an off-putting misogyny simply by falling in love with the female protagonist; because she was so unpleasant, it conveyed negative things about what Walter wanted or expected from women that he would treat her as an ideal.  And it’s not that I’m upset by loutish characters in general; Richard, in Freedom, seemed perfectly compelling because his misogyny was at least openly acknowledged (although the allusion to David Foster Wallace’s jest about the meaning of life was jarring).  It’s primarily when I feel expected, as a reader, to feel invested in a character’s plights that I find unlikeability to be an issue.

And that’s definitely something I had to struggle with in my own work.  When my brother first read an early draft, he called me back and told me one of my major characters was a tool.  I said, “But that’s how he would act!”  It’s true — first off, I invented the character, so I get to decide how he would act.  Secondly, similar people in the real world behave worse than anything I made that character do — he was a run-of-the-mill fraternity member, and perhaps you’ve seen one or two horrible stories about fraternity men in the news lately.

My brother didn’t argue with me.  He said, “Yeah, but I wouldn’t want to hang out with him.”

Damn.  Because I could see how that was true; the character, as I’d portrayed him, was someone whom many people wouldn’t want to hang out with.  But that’s exactly what I was asking a reader to do — hang out with this unpleasant individual through many passages of a long book.  So I had to rewrite everything, make him jokier, friendly, all-in-all more pleasant company.  Verisimilitude is great, but it isn’t everything, certainly not in fiction — no matter how true to life something is, if it isn’t fun, someone might stop reading.

I mean, not me.  I’m a professional; I have to read.  But other people get to stop.

Pornography: Bonita Avenue is largely about pornography, and could be read as a scathing indictment.  But pornography is presented as harmful for the people who make it, personally and for their families.  Siem goes berserk, Joni as an adult is shown in incredibly bleak circumstances during her conversation with the Sasha Grey stand-in.  And even though Grey’s character “wins,” as far as that goes, her family is devastated and she seems almost robotic in her insouciance.

To me, this philosophical stance seems retrograde.  My view — and one that I think even most anti-pornography feminists would agree with — is that filming pornography can very well be empowering for the specific women who are involved in making it.  For instance, Hannah Davis is proud to have been featured on the cover of the Sports Illustrated Swimsuit Edition and claims not to understand why it’s controversial; honestly, if the issue were just about her having her picture taken, I’d agree with her.  Even violent pornography of the type that Sasha Grey filmed, if that’s what she wanted to make, then fine.

The bigger issue is the effect pornography has on viewers.  For anti-pornography feminists, the problem is the basal objectification of women inherent in watching pornography.  By viewing the films, a man might inoculate himself with the idea that all women are sexual objects, that it’s okay to treat them the way actresses are treated in the films (always willing, no conversation needed, often placed into painful or degrading situations).

For me (a pornography-neutral feminist), the problem is with specific types of pornography.  I think that a lot of modern pornography normalizes and validates types of desire that shouldn’t be encouraged.  And for me, that same standard would apply to both visual and written pornography; on Literotica, for instance, you can find numerous stories involving nonconsensual encounters and violent language, and to me that’s worse than titillating film that depicts sex in a way that’s pleasurable for all parties.  And there was a quote in the Rolling Stone article about Sasha Grey that conveyed this well (I believe the article was printed in April 2009, but I couldn’t find the complete text online), the idea that it was fine for Grey to make violent films, but the problem was that young men who watch her films might expect their subsequent flesh-and-blood sexual partners to enjoy the same treatment as Grey.

And, obviously Buwalda isn’t in the wrong for composing a novel that takes a very different ideological stance; it’s just, his book wasn’t meant for me.  And I was really hoping that it was!