On Skynet, and why I’m still gung-ho about AI research despite having watched two out of four Terminator movies. 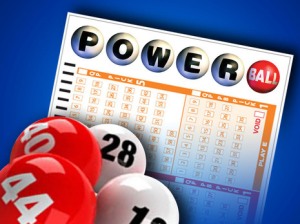 When I was growing up, my father bought lottery tickets.  My rough recollection is that he purchased one or two per week.  If I was with him at the grocery store, I might get to pick some of the numbers.  He was buying “Powerball,” a game where you pick five and win millions if all your choices match.  Otherwise, you get nothing.

To hit five numbers, we would’ve needed to buy nearly a billion tickets to have an appreciable chance of winning.

Looking back on the time, though, I don’t think my father could see any other way of getting out of debt.  He’s a medical doctor, sure, but infectious diseases — which includes a lot of time spent caring for patients at the AIDS clinic & poor sick dudes hacking out their lungs at the VA — is the lowest paying specialty.  He took out loans to pay for college and medical school and then didn’t finish paying them off until he was 45 … the year my older sister began college at an Columbia, for which he took out more loans.

Lottery tickets are often described as a tax on people who don’t understand math.  The thing is, there aren’t many other opportunities to buy hope for a dollar fifty a pop.  Not much hope, sure.  But with that ticket in hand, you can daydream that one day the worrying will stop.

My family was pretty well off — there was always income, with the only problem being that money was bleeding away as fast as it was coming in — so I hate to imagine what constant financial strain was like for people who were doing worse than we were.

K says it’s not pretty.  Given her childhood, I’m inclined to trust her.

When I was growing up, though, I never would’ve realized that the financial straights might be helping my family.  It felt rotten, but it felt rotten for all of us together.  The same way wars — even horribly misguided wars — seem to bring the populace of a country together and bolster support for the incumbent leadership, our touch of financial adversity may have helped us cohere.

Indeed, shortly after my family came into a quantity of money that felt like winning the lottery (my father had done a lot of work that he wasn’t given credit for, which meant the university he works for wasn’t getting credit, which meant that their lawyers were upset, which led to a settlement, which led to the university giving a fraction of that settlement to my father), my family’s team cohesion decreased.

Maybe it was just a coincidence of timing.  The kids were grown up, off pursuing their own lives.  But, after it was gone, it definitely felt like financial adversity had helped us. 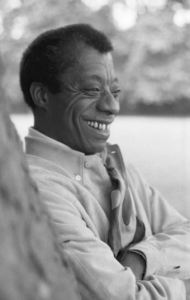 It’s probably worthwhile slapping up a beautiful sentence from James Baldwin’s The Fire Next Time here: “I do not mean to be sentimental about suffering — enough is certainly as good as a feast — but people who cannot suffer can never grow up, can never discover who they are.”

I’m not trying to glorify adversity either.  It just seems worthwhile to point out that, in addition to the benefit to individual resiliency, adversity experienced in common can bring people together.

AI research brings us steadily closer to the day when our own creations will attempt to destroy us.  And, let’s face it, computers can be pretty powerful thinking machines.  Quite possibly an aggrieved AI would succeed.  In Terminator 2 the humans (aided by a time-traveling Schwarzenegger who decided that, as a star, he shouldn’t have to be a villain anymore) won, but in real life we might very well be destroyed.

Still, we’re doing a bang-up job of destroying ourselves as is.  So many populations with rather trivial differences between them hate each other.  Politicians throughout Europe and the United States have been delivering hateful screeds against Islam.  Anti-abortion terrorists have been murdering people, anti-feminist terrorists have been murdering people, anti-civil-liberties politicians have been imprisoning people for decades  … that last one isn’t quite as bad as murder, but it’s pretty crummy.  Maybe we as a species would be less likely to destroy each other if we were working together in an ineffectual struggle against Skynet.

It’d be just like the cheesy ending to the film Independence Day, when humans of all cultures wound up celebrating their victory over the aliens together.

So, sure, AI research might lead to our accidentally building Skynet.  And then Skynet might kill us all.  But if Skynet can’t quite do us in — if, for instance, we prudently disarm our nuclear weapons beforehand — the ensuing struggle might result in the surviving humans treating each other more kindly.