I still frown every time I see the sidewalk chalkings / posters / coffee mugs / t-shirts that read “Consent Is Sexy.” I really thought that slogan would’ve faded away by now.

Traditional sexual practices in the U.S. are bad, sure. The standard shown in movies and advice books is for both parties to act wordlessly. Move slowly and if you reach a point where you’re about to do more than the other person wants, he or she will stop you. Many dating guides even stress that this gradual approach will often lull a partner into doing more than if you’d started by asking bluntly.

The guides are probably right. But that doesn’t change the fact that it’s bad. If you’re trying to be a good human, the goal shouldn’t be to trick people, using passion or momentum or the exigencies of the moment, into sharing physical affection.

(Although the dating guides don’t usually mention “sharing,” or even “physical affection.” The word “conquest” is more common. Trickery does seem more reasonable if you frame the whole dance as an adversarial interaction between the two parties. But that’s a rotten way to live.) 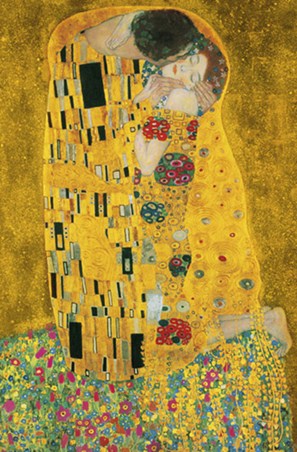 Indeed, most of my collegiate relationships began with watching a movie with someone, gradually snuggling during the film, then, with a turned face and a smile, kissing. No words.

I pretty clearly failed at being a good human. I followed that same wordless progression with someone who was not interested. I did apologize … eventually. As in, years later. Not until I’d read a depressingly large number of books and research articles about violence against women as part of research for my book. I realized that I, too, was part of the problem.

Sure, I stopped when she said “No thanks.” But the onus of uncomfortable speech shouldn’t be placed on the person who wants to do less than the other. Speaking up is hard. In a way, I was lucky in that I was attracted to someone confident enough to say “No,” because I’d probably feel worse about myself now if things had gone on and I learned only later that it wasn’t what she wanted.

The frequency of serial offense certainly suggests that much if not most sexual assault is perpetrated by predators intending to pressure their victims into unwanted behavior … but a culture in which everybody acts wordlessly makes their predation easier. My own collegiate behavior was abetting them.

So, I’m all for the “ask first” campaigns. Underwear with “ask first” printed on them — great! I should’ve been talking more beforehand. Everyone should be. 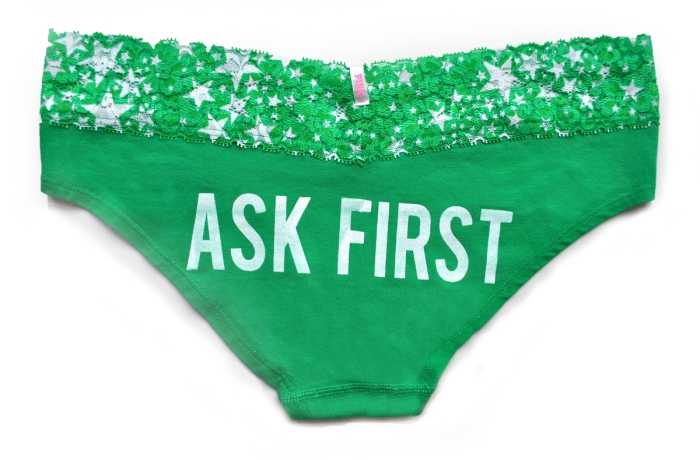 But that’s not what the actual words “Consent Is Sexy” convey. This slogan means something like, “Saying ‘Yes’ Is Sexy.” And that’s not really a message that people need. There’s already quite a bit of cultural pressure toward sexuality. I don’t think the best way to fix things is a slogan that, subconsciously at the very least, conveys that sexy people agree, sexy people submit, sexy people say yes.

Sexy people ask. Growing up, I didn’t. This was rotten. I should’ve done better.

But, look, saying “No” is sexy, too. Sometimes you’re just not interested. And that’s fine!