Without citizenship — without, as per Hannah Arendt, “the right to have rights” — people are buffeted by the political whims of whatever nation they might find themselves in.  Syrian refugees, for instance, might expect a certain treatment based on their status as humans, but they aren’t officially documented Europeans.  Even when they safely reach a supposed refuge, they’re excluded from finding their own employment or housing, they can’t travel freely, they might be deported at any moment.

Or the “Haitians” in the Dominican Republic who have never seen Haiti.  Or the “Mexican” children in the United States who have never consciously known Mexico.  Their fates seem to be totally out of their hands.

If they’re poor, that is.  A flush bank account would fix things.

Before reading Atossa Araxia Abrahamian’s The Cosmopolites, I already knew that citizenship was for sale.  The United States, for instance, will give green cards to people who make $500,000 investments in our country.  This seems a little unfair — we offer the very wealthy, who rarely need our help, protections that we deny refugees — but more egregious is how cheap this is.  Amidst burgeoning numbers of multimillionaires, $500,000 is not that much.  And this money doesn’t even change hands!  The United States just wants reassurance that somebody is well-off.  A $500,000 investment in real estate can bring high returns, meaning wealthy foreigners can be paid to take a green card.

Given that the mighty United States sells green cards, it wasn’t so surprising to learn from Abrahamian’s book that many poor nations are also selling “economic citizenship.”  Wealthy resource-plunderers from beleaguered developing nations can easily purchase a whole portfolio of other countries’ passports, which is very helpful to ease travel restrictions and facilitate money laundering.

So the horrible abuses documented in The Cosmopolites often did not shock me.  But, given that I was born in the United States, a nation of vast privilege, I realized that I haven’t thought enough about the philosophical implications of citizenship.  As in, the very idea of citizenship.  The rights that (might) be granted to a new human by one nation or another at birth.

The basis for most modern nations is Rousseau’s idea of the social contract.  You, at birth, did not click a box asserting “I have read the terms and conditions and I agree.”  Instead, by remaining inside the borders of a nation, you are considered to be moment by moment assenting to those terms.  If you didn’t agree, you wouldn’t stay!

Once upon a time, this probably seemed sensible.  For those who felt unduly constrained by the laws and regulations of civilization, there were untamed wilds to slip away to.  And survive in.

By now, violent nations have staked claims everywhere.  Personally, I think Walden was suspect even when it was first written — there are a few quibbles you could make about Thoreau’s integrity  — but imagine how long you’d last if you decided today to waltz out to Walden Pond and build yourself a home.  You’d be forcibly escorted away by the police long before you’d chopped enough tall arrowy white pines (still in their youth) to build anything of merit.

Rousseau’s formulation of the social contract requires there be a viable way to leave.  Without that option, I think his philosophies break down.  Worse — and this is what I was most alarmed to learn from Abrahamian’s book — many people are not awarded citizenship to any nation at birth.  They are not allowed to live anywhere.

Large populations of citizenship-less people live in Kuwait and the U.A.E.  But it seems that these nations are attempting to solve their citizenship crisis, not by documenting all their ancestral inhabitants as Kuwati, for instance, but by purchasing other nations’ citizenship for these people.  Their hope is to staunch international criticism without actually conferring meaningful rights to their ancestral inhabitants.

This is yet another demonstration that the very act of being born is a ridiculously uneven lottery.  I don’t think human life begins at conception, but inequality begins then.  I thought this was well-stated in a passage from Robert Reich’s Saving Capitalism:

One of the most broadly held assumptions about the economy is that individuals are rewarded in direct proportion to their efforts and abilities — that our society is a meritocracy.  But a moment’s thought reveals many factors other than individual merit that play a role in determining earnings — financial inheritance, personal connections, discrimination in favor of or against someone because of how they look, luck, marriage, and, perhaps most significantly, the society one inhabits.  “If we are very generous with ourselves,” economist Herbert Simon once said, “I suppose we might claim that we ‘earned’ as much as one fifth of [our income].  The rest is the patrimony associated with being a member of an enormously productive social system.”

I owe a huge amount of my current comfort to the fact that I was conceived to American citizens.

In addition to those born without citizenship, Abrahamian got me thinking more about the plight of those whose citizenship evaporates.  It’s reasonable to include Syrian refugees here.  Climate change led to food & water insecurity, which led to horrific violence, which left these people effectively without a country.  They no longer had a safe place to live.

Others will soon see their home countries simply vanish off the map.  In Abrahamian’s words: 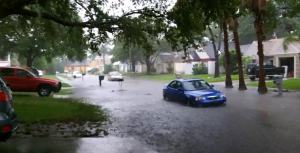 Over the next few decades, entire nations will likely be submerged by rising seawater.  The need for binding international cooperation to curb climate change is critical, but on the ground, the question is existential.  Where will Maldivians be “from” if they lose the ground beneath their feet?  Will a new Nansen [ he was a politician who helped provide documents for displaced persons after WW2] step in and create passports for climate refuges?  Or will those displaced by the deluge end up bidding for a new nationality on the open market?

These are the stakes of citizenship in the twenty-first century.

So I was quite pleased to read The Cosmopolites.  Which made me feel puzzled by Richard Bellamy’s negative review in the New York Times.  His complaints were based on rather illogical reasoning.  He wrote that:

Neither of these types of citizenship [the “unearned windfall of oil and gas revenues” that come with U.A. E. citizenship, and the multiple citizens purchases by ultra-rich robber barons] corresponds to the hard-won forms of citizenship found within democratic states.

Herein lies the weakness of Abrahamian’s analysis.  The political and social rights of genuine, state-based citizenship derive from the contribution members make to sustaining the public life of the community, …

… which is why he found her idea of global citizenship unworkable.  The problem being that the social rights of genuine, state-based citizenship do not derive from any contribution whatsoever.  I am a citizen of the United States.  I earned this privilege by being born.  I mean, sure, I’m great, maybe angels should’ve flown down and trumpeted my coming, but, really?

I’m not convinced that the contribution I made to this nation by being born is more significant that the contributions of our many undocumented immigrants who pay social security taxes (with no hope of ever receiving benefits), do hard work, live peaceably, spend money here, remit huge portions of their earnings (which keeps neighboring countries more stable, lowering the amount that the federal government would need to spend on humanitarian aid or border control).  And yet, despite the magnitude of their contributions, all those people have “earned” in the eyes of the powers that be is deportation.

To my mind, Bellamy’s claim seems highly reminiscent of that barbecue t-shirt slogan “I didn’t claw my way to the top of the food chain to eat vegetables.”  Because, sure, once upon a time, people in your ancestry might’ve suffered.  Democratic governance was hard-won … many generations ago.  Most modern people didn’t do anything.  They were born.

Indeed, that misconception — mistaking for just deserts all the privileges heaped upon oneself for the significant accomplishment of being born in a particular place, or to particular parents, or with a particular skin color, or a particular set of genitalia — is precisely what both Robert Reich and Atossa Araxia Abrahamian are arguing against in their books.