DNA plasmids are small loops of genetic information that can change the behavior of bacteria.  With the right (wrong?) plasmids, you could take innocuous E. coli and make it very dangerous.

As best I could tell from a few minutes spent skimming the USPS documents describing “hazardous, restricted, and perishable mail,” it’s not actually illegal to ship plasmids.  Many biomedical researchers have long assumed that it was illegal, though.  Not that we didn’t do it.  But we always took steps to sneakily circumvent the laws we assumed existed.

Plasmids are dangerous, after all.  Why wouldn’t there be a law?

DNA is very stable.  Its stability is probably the whole reason it exists.  Most scientists assume that life began as self-replicating strands of a molecule called RNA, which is very similar to DNA except more prone to falling apart.  Each of our cells is like a tiny factory – proteins are the machines, RNA are blueprints, and DNA is a file cabinet.

DNA is so stable that it can be dried out and shipped across the country without coming to any harm.

To send plasmids through the mail, we would draw a circle on a piece of filter paper, dab a liquid solution of it onto the paper, then slip the sheet into the center of a catalog.  The catalog would look harmless, like junk mail.  Whomever received it would flip through, find the filter paper, cut out the circle, and immerse it in water.  Voila!  The plasmid is ready to change bacteria into something new!

The good people at the post office never notice.  The only snags are undergrads – a sophomore who was working with us happened to open the mail.  Our advisor asked later, “Where is that plasmid?  It was being sent by the ______ lab.”

“We got a package from them … but it was just an old catalog.  I recycled it.” 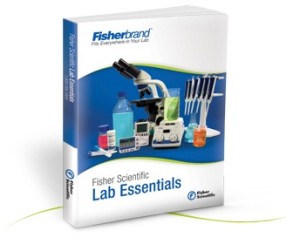 As it happens, numerous psychoactive chemicals can wig out a human brain at concentrations low enough to dissolve on paper.  Somebody sends a saturated sheet through the mail – you cut it out and, instead of using it to transform bacteria, you get high.

Apparently this works well with suboxone – which can be used either as a treatment for or a substitute for heroin – and the THC analogs marketed as K2, spice, or synthetic marijuana.  LSD has long been sold dissolved on blotter paper with goofy cartoons.

And so the Indiana Department of Corrections recently decided to ban all correspondence to inmates that isn’t handwritten on blue-lined white paper.  No greeting cards, no photocopies, no drawings.

A Chicago-based church sends greeting cards to many prisoners over the holidays.  This May, the entire batch of Easter cards they’d sent to Indiana prisoners were returned with a brief note explaining the new mail policy.  Even now, it’s unclear what the policy actually is.  The only regulations for offender correspondence available from the Indiana Department of Corrections are dated September, 2015.  Even these guidelines are vague, mentioning that all decisions are made on a case-by-case basis.

For the correspondence writing workshop I run, I often send printed materials.  Because these are being mailed on behalf of a non-profit corporation, they are supposed to go through – only private mail is supposed to be axed by the new policy.

Or so we’ve been told.

When our corporation sends letters or packages sometimes they go through, sometimes they do not.  The fate of each letter depends on which guard happens to be working in the mail room when it arrives, obviously.  The policy is sufficiently vague that each enforcer will interpret it differently.

A letter’s fate also seems to depend on the identity of the recipient.  If you receive a package while in prison, I’ve been told, the guards are supposed to open it in front of you, show it to you, and then have to either give it to you or explain why you can’t have it.  But with so many and such vague rules, the guards should always be able to think of a reason to bin it.  I’ve noticed that many of our packages that get returned for flimsy reasons were sent to people with long lists of disciplinary infractions.

The rich get richer.  And those who seem to need love most … get nothing.  If you’re disliked, they can sever you from the world.