When I started bouldering, I had the pleasure of attending a gym run by Jess McCauley.  He was an excellent climbing coach – although this was a very small gym in Mountain View, California, many of the kids he taught excelled at national competitions.

Then Jess decided to become a school teacher.  He was clearly great at working with kids, and had a B.A. in history focusing on African studies, so he figured he could do more good inside a classroom than a gym.  As he finished his education degree, Jess began working as a substitute teacher.

His first job was in my spouse’s high school “Biotechnology” class.  The day before, she exhorted her students: “The sub tomorrow is a good friend of mine, and I’m gonna be really upset if you’re hard on him.”

Everybody knew Jess was great with kids.  He’s a funny, charming, knowledgeable, muscular dude.  But every time a substitute teacher steps into a classroom, the chance that something will go wrong increases dramatically. 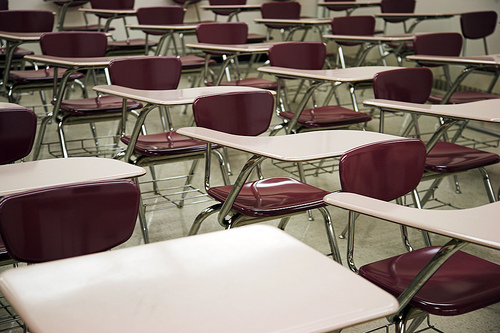 Teachers build relationships with students over the course of a year.  As you work with a group of people, you learn to read subtle social cues – you’ll know when two students need to be separated from each other, when somebody might need to take a momentary breather in the hallway.  There’s a lot going on inside a high school beyond content education, and teachers develop an intuitive feel for the social dynamics inside their own rooms.

With experience, most people get better at this.  I imagine my spouse’s content knowledge didn’t improve much over her first five years in the classroom, but she became a better teacher.  She learned how to read and work a room.

And I know how much effort she puts into establishing a culture of trust inside her room.  But there are still problems.

In the morning, she teaches AP biology to her school’s “best and brightest,” kids bound for college at top-tier universities.  Many of those students would probably learn fine if you gave them all textbooks and put a straw-filled scarecrow behind the teacher’s desk.  Their neurochemistry tends to mesh well with the norms of public education.

In the afternoon, she teaches “Earth and space science” to kids who actually need a good teacher.  (Unfortunately, many schools pair their best teachers with the honors students and assign whomever’s left to the kids who need the most.)  These are students whom administrators often expect to fail – and yet, when given appropriate challenges (like a recent assignment engineering challenge to build a functional solar still), they shine.

Still, when a substitute steps into these classrooms, there’s a major risk that something will go wrong.

Last year, when our family traveled to St. Louis for the National American Biology Teacher meeting, one of my spouse’s students punched a classmate in the head.

During another of our trips, a student flipped a desk.  The year before, some students locked a sub out of the room and looped twine between the door handle and a lab table, tightening their barricade with a bar from the coat closet.  Those same kids stole the fire extinguisher that day (which my spouse only knew because they gleefully hugged her and told her so at graduation – nobody expected for these kids to receive diplomas, so they were understandably elated to be there).

When my spouse plans trips, she requests that only experienced substitutes be assigned to cover her classes, but there’s only so much that somebody unfamiliar with the room can do.  I imagine that if she were subbing for somebody else, the chance of something going wrong would still jump, even though she can keep her own classrooms orderly.  Those are students she’s grown familiar with.

High school is a stressful environment.  And putting a new face into that kind of situation can trigger trouble.

But, what’s a little worse than high school?  In terms of, like, people don’t want to be there, emotions flare, you’ve got massive numbers of athletic young men crammed into a cramped little space? 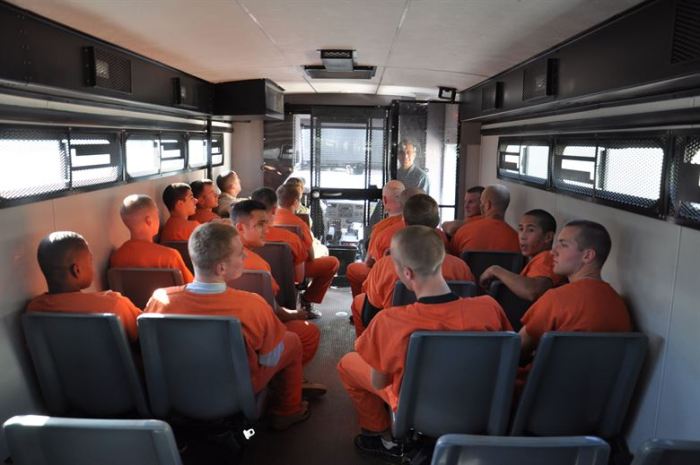 One consequence of the federal hiring freeze is that many prisons have been relying on substitute guards.  These subs might be trained guards who usually work other blocks – or they might be classroom instructors, medical staff, clerks.  Female secretaries dressed in their office clothes (i.e. skirt, button-down blouse) might be suddenly assigned to patrol the halls of a men’s prison.

As the shortage of correctional officers has grown chronic under President Trump – and the practice of drawing upon other workers has become routine – many prisons have been operating in a perpetual state of staffing turmoil, leaving some workers feeling ill-equipped and unsafe on the job, according to interviews and internal documents from the Bureau of Prisons.

Dozens of workers from prisons across the country said inmates had become more brazen with staff members and more violent with one another.

The traditional rules go unenforced, which emboldens people to push the limits further.  When guards can’t be relied on to keep a prison orderly, gang violence often takes over as an alternate form of control.

In My Brother Moochie, journalist Issac J. Bailey describes the emotional fallout that accompanied his older brother’s violent crime.  After this brother, Moochie, was sent to prison, Bailey’s family crumbled.  Several of his younger brothers got involved with petty crime and have been cycling in and out of prison ever since.  For instance, Bailey’s younger brother James, who is traumatized by the violence he witnesses in prison:

The man who was killed was “a little Asian dude smaller than me, so about fifteen of them ran into the room and started stabbing him,” James said.  “Dude was supposed to go home the next week.  What’s crazy is dude is from California and he can’t even speak his family’s original language.  They stabbed him out of fear.”

A shortage of prison guards throughout the state’s correctional system meant the few on duty didn’t always manage to make the rounds through the dorms on schedule.

I teach at our local county jail.  During a staffing shortage two summers ago, the jail became much less safe.  According to former inmate (and excellent human being) Max Smith, “Guys learned to time things.  A guard would be walking through for the count, some guys would be wailing on somebody inside a cell, they’d have somebody go up, ask the guard a question, distract him right when he got to that window.  Then he’d keep walking and they’d continue beating the shit out of somebody.  It was a scary place to be.”

Maybe there’s more that my spouse could be doing to establish a culture that will stay calm even when substitutes come into her classroom.  But I know that she’s already trying awfully hard, and she’s one of our country’s best teachers.

I think it’s safe to assume that the average prison guard puts less energy than she does into cultivating a safe and respectful environment.  When subs cover for them, bad things are going to happen.

Maybe we as a country don’t want to spend so much money on our prisons.  If so, we should probably be spending a whole lot more on education, so that we won’t feel the need to lock people up – public schooling is a chance to turn people’s lives around, but it’s not like we’re pouring money into that.  And there’s sentencing reform.  With shorter prison sentences, we wouldn’t need so many guards.

But I can’t imagine that the best solution is to conscript secretaries, teachers, and medical staff into patrolling the halls.