In economics,  proofs often begin with the words If we consider a ball of radius R centered at the point X in R n … I wrote those words so many times.  Reading them now, they sound quite strange to me.

A math course called “real analysis” was a prerequisite for economics.  Presumably real analysis would’ve taught me to write proofs, perhaps well enough that I’d understand why I wrote the words I did.  But my university had recently implemented an online registration system, and its glitchiness meant I could skip pre-reqs, and that I was able to enroll in both economics and inorganic chemistry during the 10 am to 11:30 time slot.  I attended economics except when there was a chemistry exam.  And still don’t know for certain what “real analysis” entails.

But I know that the word “ball,” in the world of mathematics, is a generic term for round things.  You have two dots in one dimension, a circle in two, a sphere in three, then a “ball” in four or more.

The number of dimensions is what the “n” stands for in “R n.”  In the world of economics proofs, you might have any number.  Of course, in our day to day lives, most of us are familiar with only two or three (yes, yes, physicists claim that we should understand four, because we move along three spatial axes and time.  But I can move forward and back, left and right, up and down.  I’ll continue to think of my world as three-dimensional until I learn to move with equal faculty into the future and the past).  But economists need more because they like to give each variable its own dimension.  Instead of “up and down,” a dimension in an economics proof might be the weather, the number of factories, the number of workers in a population.

Sliding along an axis can seem incredibly grim if you momentarily forget that a proof is supposed to be abstract.  It’s just an imaginary line projecting endlessly through space, but what does it mean?

For workers, sliding back toward zero means lives destroyed, people unemployed, hustling to pay rent, to keep the lights on, to feed their kids.  Or worse.  Alongside Primo Levi in the Buna concentration camp, the number of workers could be varied at will.  There seemed to be endless numbers of condemned to add, and each decrease meant another murdered man.

Luckily, in class we worked quickly enough that there was no time to think of that.  The professor would scrawl his solution upon the board, I’d copy it into my notes, struggling to keep up.

Or perhaps I lost you earlier.  Maybe you hadn’t realized that there even were proofs in economics.  I hadn’t, before I enrolled.  I expected only to draw crisscrossing lines, mark where they intersected, claim that should be your greeble’s price.  A “greeble” being, for some reason or other, the default name for an imaginary product for which the supply and demand can be used to determine a price.

I learned about these mythical “greebles” in high school, in an economics class that moved many-fold more slowly than the university class.  In high school there was more time to sit and wonder what a greeble was.  I drew pictures in my spiral notebook.  Most of these pictures made the greeble look like either a strange pet or a military weapon.  There were many vicious-looking weapons drawn in my high school notebooks.  I hated being there.  I wrote stories about blowing up the school.  Not that I was a violent kid.  I was already vegetarian because I hated hurting things.  But I certainly drew a lot of death and destruction.  Then, of course, the Columbine shootings happened and I had to stop drawing those pictures.  Writing those stories.  Murderous ideation was no longer safe.  Even once I’d stopped, they started sending me to the principle’s office about once a month.  That did not make me like school more.

From then on, at my school, even suicidal ideation was something you had to keep to yourself.  Luckily, I was a pretty happy kid.  I rarely thought about that sort of thing more than once a day.  Still don’t.

But, yes, in economics there are proofs.  One famous proof we reproduced was “Arrow’s impossibility theorem,” which states mathematically that if a population is trying to vote, they’re doomed.  There is no fair voting system that picks the most-preferred candidate out of a set of three or more.  Your options are a dictatorship or else electing some schmuck whom nobody really wants.

Maybe that sounds like an argument in favor of a two-party system.  But it isn’t, not really.  If you’re worried that from a set of options the best one won’t be picked, the best solution isn’t to offer only two of the crummier options from that set.  People still won’t get what they want.  All you’ve accomplished is to blast even their illusion of a fair choice.  In a two-party system people are still doomed, but they’re so clearly doomed that you don’t even need Kenneth Arrow’s fancy proof for them to know it.

As it happens, it’s election season again.  It so often is, because “election season” seems to run approximately two years out of each four-year presidential term, and sometimes a year or more for even two-year congressional terms, and huge numbers of people devote eighty, ninety, hundred hour work weeks toward their efforts to get this dude or that dude or (finally!) this lady elected.

Whenever I feel bad about how long I’ve spent working on a project, I remember the number of person hours that are guaranteed to be wasted each election cycle.  Because huge numbers of people work full-time to get their preferred candidate elected, and all but one won’t win.  Maybe they console themselves by thinking at least by running, we helped change the tenor of the national debate!  But, let’s be real.  Even when fewer than a third of the populace votes for a dude, he’ll refer only to the (bizarre!) electoral college numbers and claim to have received a clear mandate for action.

Nobody cares about the platform the losers were running on.  And most everybody is guaranteed to be a loser.  Even (especially?) the voters. 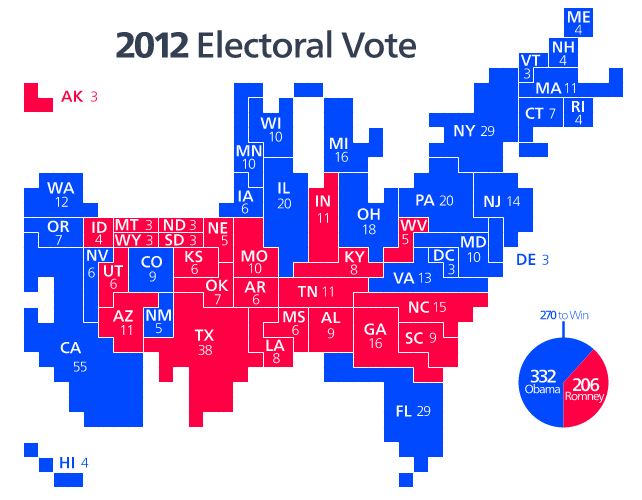 My personal political inclinations include taxation to assess the fair price of business externalities, free trade, open borders, lax enforcement against possession of tools for self-harm (drugs), strict enforcement against possession of tools for other-harm (guns, automobiles), progressive income taxes such that people pay (or are reimbursed) relative to what they’d likely lose or gain if we had anarchy instead of our current government.

If I were trying to be cheeky, I’d draw a parallel between my ideas about progressive income tax and the conceptual framework behind electric potential, the idea that the energy at each point is equal to the work that would’ve been done to drag a test charge there from infinitely far away.  Instead of a field-less void somewhere far off in the distance, I imagine people being launched into their current wealth or poverty from an undifferentiated state of Hobbesian anarchy.

But maybe the physics metaphor would seem too twee.  So (a la Trump, I’m not going to say they’re weak.  But they’re weak), I won’t subject you to it.

I’m pro-genetically modified foods, anti-pesticide.  Pro-vaccination, pro-childhood nutrition, against our current quantity of medical spending.  Most doctors think there needs to be a conversation about how much the government should pay for each quality-of-life-adjusted year.  I think even that is not enough.  We need a concurrent conversation about how long humans should live.  About what we as a people consider to be the meaning of life and the best way for our spending to reflect that.  Because any threshold for how much we’ll spend on each quality-of-life-adjusted year will result in untenable costs if medical advances keep allowing people to live longer.

All of which means that, yup, as ever, no politician will (or should, honestly) care about what I stand for.  I’ll vote for the old hippie commie guy in the primary (if I get to vote.  I probably won’t get to, though.  My state’s primary is scheduled relatively late), and then throw away my vote in the general election (what with our electoral college, most people’s votes are submerged at that stage.  I think there’ll be something like eight states where the vote will be close enough that all people waiting in line for their turn in the booth can delude themselves into thinking that their votes matter).

Which, again, does sound awful.  Like, isn’t there a better way?

Well, yes.  There is a better way.  There are many better ways than the strange system our country has contrived.  But at least I had the experience of jotting out the full proof to know that there is no perfect way.

(Somehow I’d deluded myself into thinking that typing this essay would make me happy.  I see now that I was wrong.)