A man in my poetry class recently told me, “Ugh, cocaine is awful.  You use some, you’ll want some more, but I hate it.  It makes me such a jerk.  I mean, I’m not like this, I’m never like this, but if I’m on coke, I’m like, bitch, you best make yourself useful around here.”

Cocaine has a reputation as a fun party drug, but nobody in jail has anything nice to say about it.  And it’s not that they’re down on drugs in general – that same man told me:

And then he explained the social niceties of trying to shoot up in the home of a friend who was recently diagnosed with HIV.  This friend was apparently cavalierly sloppy with needles:

“Like, blood was spurting, and I was scooting back thinking, like, god, I wish I was anywhere but here … “ 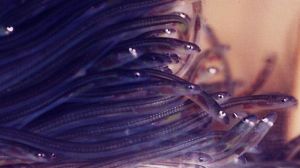 European eels are endangered.  They swim huge distances to complete their life cycles – hatching at sea, undertaking a voracious (oft cannibalistic) quest up rivers, then returning to their birthplaces to spawn – and have been thwarted by hydroelectric dams blocking their migration, and the tendency of an insatiable terrestrial ape to catch and consume huge numbers of their kind.

Now these eels face another obstacle: they must complete their voyages while blitzed on cocaine.  European governments dump drugs into the sea to “destroy” them, but that’s not how water works.  The drugs are still there.  The eels get high. 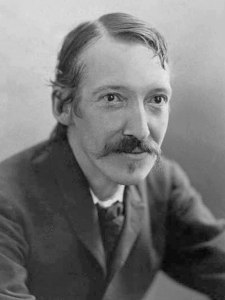 According to popular legend, Robert Louis Stevenson was very sick before he wrote his Strange Case of Dr. Jekyll and Mr. Hyde.

Stevenson had tried many cures; all had failed.  Then his spouse bought cocaine.  This worked.  Suddenly Stevenson could write again.  In three days, he composed his novel.

When he read the first draft to his spouse, she said it didn’t seem sufficiently allegorical.  So Stevenson flung the pages into the fire and began again.  In three more days, he’d composed the version of the story that we know today.

Dr. Jekyll was a fine man.  On drugs, he became a monster.

When our first child was just shy of two years old, she liked to wear a green long-sleeve with a picture of The Incredible Hulk rampaging.  She’d pull it from her drawer; I’d say, “Oh, you want to wear your Hulk Smash shirt today?”

She looked down at the picture, then back up to me.  First she signed the word hungry.

“Oh, Hulk wants something to eat?”

She shook her head.  No, that didn’t sound quite right.  She looked down again, then made another sign, banging her hands together for the word shoes.

“Hulk is upset because he has no shoes?”

She bobbed her head yes.  No shoes.  That would make her rage, too.

Once, some runners on the local high school cross country team asked me who would win in a fight, Superman or the Hulk.  They’d reached a detente after one claimed that the Hulk was unstoppable when enraged (“… and nothing calms him down except his girlfriend.”), and the other argued that Superman could turn back time until the moment before Hulk had gotten angry, then smash him.

I demurred.  I don’t think Superman is a very interesting hero, and the Hulk is interesting only in campaigns, not battles.  I like the idea of a hero who might go berserk and accidentally thwart his own plans, but a single bout of wrestling isn’t like that.  I think it’s more compelling to consider his constant risk of hurting the people that he loves.

In Educated, Tara Westover writes beautifully about the horrors of living with the Hulk.  Her early years were controlled by a father in the throes of extreme paranoia and delusions of grandeur:

Fourteen years after the incident with the Weavers, I would sit in a university classroom and listen to a professor of psychology describe something called bipolar disorder.  Until that moment I had never heard of mental illness.  I knew people could go crazy – they’d wear dead cats on their heads or fall in love with a turnip – but the notion that a person could be functional, lucid, persuasive, and something could still be wrong, had never occurred to me.

The professor recited facts in a dull, earthy voice: the average age of onset is twenty-five; there may be no symptoms before then.

The irony was that if Dad was bipolar – or had any of a dozen disorders that might explain his behavior – the same paranoia that was a symptom of the illness would prevent its ever being diagnosed and treated.  No one would ever know.

Because her father was at war with the federal government, Westover never went to school.  Her birth went undocumented – she didn’t have a certificate that would’ve allowed her to enroll until years later, and even then wound up with a hodgepodge of documents that listed slightly differing names and birthdates.

And her father needed money, because he was frantically stockpiling food and ammunition.  He needed solar panels (back when they were much more expensive than today) because the power grid was going to cut out after Y2K.

As one of God’s soldiers, he needed to build an ark.  Or tank.  Arsenal.  Whatever.

This constant hustle for money led Westover’s father to subject his children to incredible dangers.  There might be a safe way to do a job, but if the risky way could save two minutes, the man put his kids’ lives on the line.  Westover was forced to ride up to a trailer inside a bin filled with two thousand pounds of scrap iron.  When her leg got caught and she couldn’t jump out, her father still dumped the bucket.  Westover tumbled nearly twenty feet to the ground.  And this was lucky.  If she’d fallen a few inches to the other side, she would’ve been crushed by all that iron.

Her brothers were injured even more grievously at her father’s hands.

For instance, a brother’s clothes caught fire while he was working with his father.  In Westover’s recollection, the father then lifted his burnt son into the cab of a truck and made him drive home alone.  Only the ten-year-old Westover was there to help him, so she put her brother’s burnt leg inside a garbage can full of ice water.

If Dad had been with Luke on the mountain, he would have brought him to the house, would have treated the burn.  Dad was away on a job somewhere, that’s why Luke had had to get himself down the mountain.  Why his leg had been treated by a ten-year-old.  Why it had ended up in a garbage can.

Except that she then realizes that her father must have been with her brother.  He must have been there in order to put out the fire; otherwise the whole mountainside would’ve burned.

In a footnote, Westover adds:

Since the writing of this story, I have spoken to Luke about the incident.  His account differs from both mine and Richard’s.  In Luke’s memory, Dad took Luke to the house, administered a homeopathic for shock, then put him in a tub of cold water, where he left him to go fight the fire.  This goes against my memory, and against Richard’s.  Still, perhaps our memories are in error.  Perhaps I found Luke in a tub, alone, rather than on the grass.  What everyone agrees upon, strangely, is that somehow Luke ended up on the front lawn, his leg in a garbage can.

Westover’s father was abusive, and he routinely convinced his children that their memories were in error, instead substituting his own (oft-illogical) versions of events, but he isn’t the Hulk in this story.  Yup, things get worse.  One of Westover’s brothers might suddenly snap and become Hyde.

Westover loved her older brother Shawn, but during an over-hasty job with their father, Shawn fell twelve feet, striking a concrete wall headfirst, and sustained a severe brain injury.  Instead of taking the kid to the hospital, their father propped him against a pickup truck and left him to sit in the hot sun.

His pupils were unevenly dilated.  His brain was bleeding.

Fifteen minutes later, Shawn wandered back to the worksite and started acting wild.  He screamed, flung his father, ran around leaping and howling.  The others tackled him – at which point his head again struck the concrete, hard – and called 911 for a helicopter to airlift him to the hospital.

It took some time for me to realize that although Shawn looked the same, he wasn’t.  He seemed lucid, but if you listened carefully his stories didn’t make sense.  They weren’t really stories at all, just one tangent after another.

Worse, he was violent.  But unpredictably so.  At one moment, he and Westover might be laughing together.  At another moment, he’d twist her arm behind her back so brutally that she worried her wrist would break, call her a slut, and cram her face into a toilet bowl.  He hacked at the throat of his son’s pet dog with a five-inch knife blade while the animal howled, dying.  He called his sister and placidly explained his plans to visit her university and murder her.

In a lucid moment, he helped Westover install a massive deadbolt in her bedroom door, despite knowing that he was the only person she needed protection from.

And yet, Westover escaped.  Although she’d never set foot inside a classroom, she was accepted to Brigham Young University, where the consensus view of reality was much closer to her own.

Of course, she made a few stumbles.  Because she didn’t understand what course numbers signified, she enrolled as a freshman in an upper-level art history class.  Worse, she raised her hand to ask after the meaning of a word she didn’t recognize: Holocaust.

During one of my own classes, we were discussing poems from Charles Reznikoff’s Testimony when I mentioned that Reznikoff had also written about the Holocaust.

“Holocaust, what’s that?” a man asked.

Unlike Westover, this man had grown up in an urban area.  But he’d stopped attending school when he was pretty young, and there’s a lot of cultural knowledge that we tend to take for granted.

I’d like to think that I handled the situation better than Westover’s professor.  Westover was shamed.  In our poetry class, we instead talked about how the word “holocaust” could be seen as offensive when used to describe the years during which members of the Nazi party murdered at least 6 million people, typically because their victims believed in Judaism.  The word “holocaust” originally meant a burnt offering for God, so Jewish leaders instead referred to this period of history with the Hebrew word for “catastrophe.”  Although even that phrasing seems off, because “catastrophe” generally evokes natural disaster, whereas the Holocaust was mass murder and torture on a scale comparable only to American slavery.  A purely human evil.

Westover became a historian.  After experiencing firsthand the nightmare of having her own account of reality constantly replaced by someone else’s version, she understood how powerful storytelling can be.  Educated is a beautiful book.  And, to my mind, a much more sensible depiction of unequal opportunity in the United States than J.D. Vance’s Hillbilly Elegy.

Westover recognizes how lucky she was to escape, and how narrowly she avoided the fate of her sister-in-law.  And Westover gives a powerful endorsement of government aid:

I began to experience the most powerful advantage of money: the ability to think of things besides money.  My professors came into focus, suddenly and sharply; it was as if before the grant I’d been looking at them through a blurred lens.  My textbooks began to make sense, and I found myself doing more than the required reading.