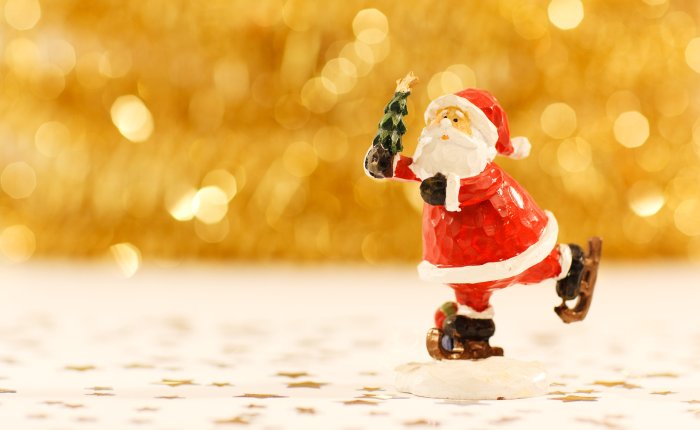 This isn’t as scary as it sounds – the local mall Santa happens to be a developer for Dungeons & Dragons.  Unfortunately, our daughter has a bit of trouble with impulse control.  I’ve heard that this is normal for three year olds.

“What would you say to other kids about Santa?” we asked her.

“But, remember, only their parents are supposed to tell them that.”

“Well, you should know that we will always tell you the truth.  If we’re telling you a story, we’ll let you know that it’s a story.  But some other families are different.  They want their kids to believe the dungeon master lives on the North Pole with an army of elves.”

And, sadly, we start our citizens early.  The Santa story is a vast conspiracy, a large number of authority figures (grown-ups) collaborating to keep the child in a state of ignorance.  A local philosophy professor told me that he felt the story was valuable as a measure of intellectual development – at first the child believes, but then begins to notice flaws in the story.

“Uh, if it takes two minutes to deliver presents, it would take a thousand years to visit everyone in the United States, or two million Santas on Christmas Eve – but not every house has a chimney!”

I think it would be cynical to lie to children as a developmental metric.  This measurement changes the child (which is not Heisenberg’s uncertainty principle, f.y.i.).  The experience of uncovering one conspiracy will train children to search for conspiracies elsewhere.  Perhaps a child is supposed to realize that there’s no Santa at seven years old, that there are no gods at eleven, that the moon landing was faked at thirteen, that JFK is smoking blunts in the Illuminati’s underground lair at seventeen.

After all, the Santa story isn’t the final time we conspire against children.  In my school’s health classes, all sexuality outside of marriage was described as fundamentally bad.  Even if we somehow dodged pregnancy and disease, disrobed physical affection would break our hearts and leave us feeling guilty and ashamed.  Recreational drug use was described in similarly bleak terms (by a teacher who drank coffee every morning).

What else were they hiding?

(Have you seen all those children’s books with pictures of happy animals on the farm?)

A lot of the guys in jail believe in conspiracy theories.  Despite a plenitude of dudes with Aryan tattoos, I’ve never heard anybody on a full-tilt ZOG rant, but I’ve been told about Nostradamus, Biblical prophecy, the CIA (to be fair, I’ve spent a fair bit of time talking about MK Ultra, too).

To an extent, I understand why.  The people in jail are being conspired against by judges, informants, and the police.  With lives in thrall to the overt conspiracy of our criminal justice system, covert conspiracy seems probable, too.

And so, in preparation for this essay, I took a few minutes at the beginning of class to say, “There’s an administrator at the local school who thinks the Earth is flat.  Says so to kids.  You guys hear anybody talking about that?”

“Oh, yeah, there was this dude in A block!  He was talking about it like all the time!”

And the guys wondered what that administrator was doing inside a school.

“Cause kids go there to learn, right?”

Kids do need to learn critical thinking.  They should question whether the things they’re taught make sense.  I’ve heard plenty of teachers make erroneous claims, and not just in Indiana’s public schools – some professors at Northwestern and Stanford didn’t know what they were talking about either.  Even so, I think it’s unhelpful to train children by having them uncover the Santa story.  That experience is a step along the way to thinking your sensory experience has primacy over abstract data.

After all, the planet feels flat enough.  It looks flat from most human vantages.  And it would be cheaper to deceive people than to send spacecraft to the moon (a former colleague recently went to the International Space Station for some incredibly expensive molecular biology experiments.  This was a huge undertaking – and she was only 0.1% of the way to the moon).

If you take a kid for his MMR vaccine, and shortly after vaccination he seems to regress into autism, that narrative – which you watched with your own eyes! – is more compelling than a bunch of medical statistics proving there’s no connection.  If you comb the Bible and find lines mirroring current events, that narrative also must seem more compelling than the thought that history is chaotic.  Physicists from Einstein till the present day have been dismayed that quantum mechanics feels so unintuitive.

It’s tricky to find a balance between our own senses and expert opinion.  It’s even harder in a world where numerous authority figures and media outlets have been caught spreading lies.

And so, while I try not to judge others’ parenting decisions, please, take a few minutes to think about the holiday stories you tell.  If you’d like to live in a country where the citizenry can agree on basic facts, lying to your kids might be not be the way to get there.