On the Silk Road, Nick Bilton’s ‘American Kingpin,’ and the difference between being clever and being wise.

There are many forms of intelligence.  A runner on our cross country team was a jittery kid with mediocre grades, but he was one of the most kinesthetically gifted people I’ve met.  He was good at construction, auto repairs, skateboarding, climbing, running, jumping …

Our society holds these skills in low regard.  We shower money and adulation onto klutzy math whizzes, whereas tactile learners are told they have “disabilities” like ADHD and are given potent psychoactive drugs to get them through each day at schools ill-designed for them.

I’m a klutzy math whiz, so maybe I shouldn’t complain.  But, if this kid had been born fifteen- or twenty-thousand years earlier, he could have been a king.  During most of human evolution, his talents would have been more valuable than my own.

I found myself thinking about the distinction between different types of intelligence while reading Nick Bilton’s American Kingpin.  The protagonist – who went by Ross Ulbricht in real life and “the Dread Pirate Roberts” online – was clever but un-wise.  And I don’t mean “un-wise” in the sense of antagonistically luring the wrath of government agents the world over – that’s ambitious, perhaps foolhardy, but it’s reasonable for an intelligent person to take risks while pushing back against oppression.  Attacking the Death Star is never as easy as it looks in movies; it’s still worth doing.

Ross Ulbricht was un-wise in that he dogmatically clung to his philosophical stances without regard for new evidence.  Ulbricht disliked the War on Drugs without considering that abetting the transfer of certain drugs could be as immoral as attempting to staunch their flow.  Our world is incredibly complicated, full of moral quandaries and shades of gray.  But Ulbricht treated real life like an undergraduate debate. 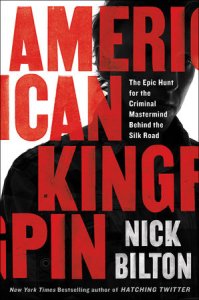 [A man going by the username “Variety Jones”] was a loyal servant and companion.  He had even talked about buying a helicopter company to break [Ulbricht] out of jail if he was ever caught.  “Remember that one day when you’re in the exercise yard, I’ll be the dude in the helicopter coming in low and fast, I promise,” he had written.  “With the amount of $ we’re generating, I could hire a small country to come get you.”

But even with that bond, fundamental disagreements over the direction of the site would crop up, and Variety Jones was trying desperately to steer [Ulbricht] in a new direction on a particular topic.

It wasn’t even up for debate in VJ’s mind that the Dread Pirate Roberts was as libertarian as they came and that he believed the Silk Road should be a place to buy and sell anything.  There were no rules and no regulations, and as a result there was something illegal for sale on the site for literally every letter of the alphabet.  Acid, benzos, coke, DMT, ecstasy, fizzies, GHB … but it was the letter H that had Variety Jones in a very difficult quandary.  He was fine with everything before and after that letter, but heroin – he hated it.

Variety Jones was open about the time he had spent in jail.  He told long and funny stories about people he had met behind bars and explained the ins and outs of getting around the system, including how cans of “mackerel” were the currency of choice in the British prison he had been confined to years earlier.

“If that,” somebody added. 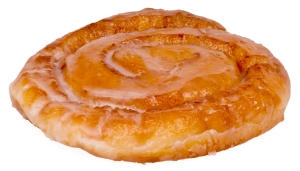 But they thought the price of toilet paper sounded fair.  Apparently the guards are allowed to give out extra rolls, “but they’re not gonna give it to you unless you walk up to them with literally shit dripping down your arm.”  J.M. and I once walked by a pregnant woman in the tank pleading with a male guard to bring her an extra roll.

And many of the men in jail in Bloomington – especially the ones whose actions would make you think they loved H – wish there was less heroin around.  It seeps into every corner of their lives. 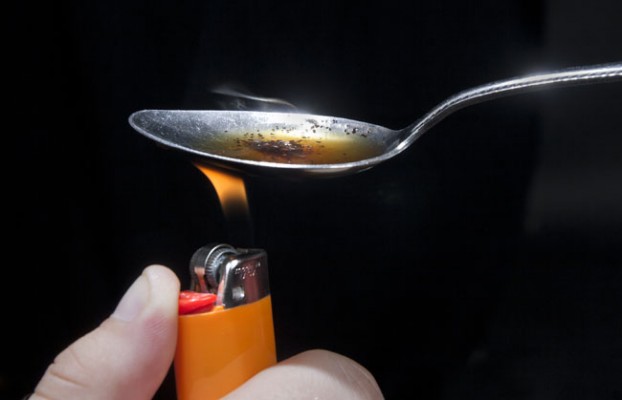 “My kid wanted some cereal, okay?  A bowl of cereal for breakfast.  So I got it for him, poured the cereal, poured the milk.  I went to get him a spoon.  First spoon I picked up, it had this big burn in the bottom.  I threw it in the trash.  And the next spoon too.  I went through … every spoon I took out of that drawer was burned.  I threw them all away.  My kid ate his cereal with a fork.”

He was trying.  But he slipped again and landed back in jail.

Morally, though, Jones told Dread, “I don’t think I could make money off importing H.  If you want to, I’ll offer all the help and advice you need, but I don’t want to profit off of it.”

Ross had never seen the effects of heroin in person … it still didn’t deter him from his belief system.  “I’ve got this separation between personal and business morality,” DPR explained to VJ.  “I would be there for a friend to help him break a drug dependency, and encourage him not to start, but I would never physically bar him from it if he didn’t ask me to.”

And yet, as harmful as addiction is, you could argue that the War on Drugs is worse.  After all, the War on Drugs pushes transactions underground; makes drug concentrations so variable that it’s hard not to overdose; makes harm reduction therapies borderline illegal.

If Ulbricht had been incarcerated simply for creating the Silk Road website, I’d have a lot of sympathy for him.

But, as a devout libertarian, Ulbricht thought it was okay to murder people.  Eventually, the FBI caught a computer programmer who’d been helping with the website.  During the bust, a rogue FBI agent used that programmer’s credentials to steal a bunch of money.

How could [Ulbricht] let someone steal [$350,000] from DPR and get away with a measly beating?  The conundrum lay in the reality that violence was not something Ross was used to, though it was something he believed in when absolutely necessary.

Finally, Variety Jones rang the final death knell.  “So, you’ve had your time to think,” he said.  “You’re sitting in the big chair, and you need to make a decision.”

“I would have no problem wasting this guy,” DPR replied.

And so Ulbricht paid another rogue government agent to murder the innocent programmer.  He’d go on to pay for the murders of several more people.  And felt justified all the while – in his opinion, lethal violence was acceptable when used to protect his property rights.

By the same reasoning, anyone would be justified in murdering Ulbricht when his actions caused someone else’s property to lose value.  Because his website increased the availability of guns and addictive drugs, he had crossed that line.

This is the problem with libertarianism and anarchy – without a coalition government to monopolize violence, individuals take violence into their own hands.  Bad governments are terrifying, but unhinged individuals are pretty scary, too.  Ulbricht paid for murder and felt righteous the whole time.

Despite the juvenile, unreflective protagonist, American Kingpin is a charming read.  Ulbricht was clever.  Singlehandedly, surreptitiously, he did the work of a billion-dollar start-up company.

But he was wrecked by his success.  If he was intelligent enough to build the Silk Road, he thought, wasn’t he also qualified to decide who should live or die?